The idea for this fundraiser topic came from a paper by Andrew Lambert,  Professor of Naval History at Kings College London.  He considered:  The Immortal and the Hero: Nelson and Wellington.  Some academics consider this biased as Nelson is given Immortal status!

We were fortunate to find two great heroes at that time, Lambert says, and goes on to compare their leadership.   Nelson with a come on style creating courage in his ship’s company contrasted with Wellington’s less visible, plainer appearance in battle, but was an outstanding soldier. As you may know he was buried at Nelson’s feet but it was thought he would not have objected!

Both men made a tremendous difference.

We have 2 excellent speakers: Dr Russ Foster who speaks on behalf of Wellington and Huw Williams for Lord Nelson. 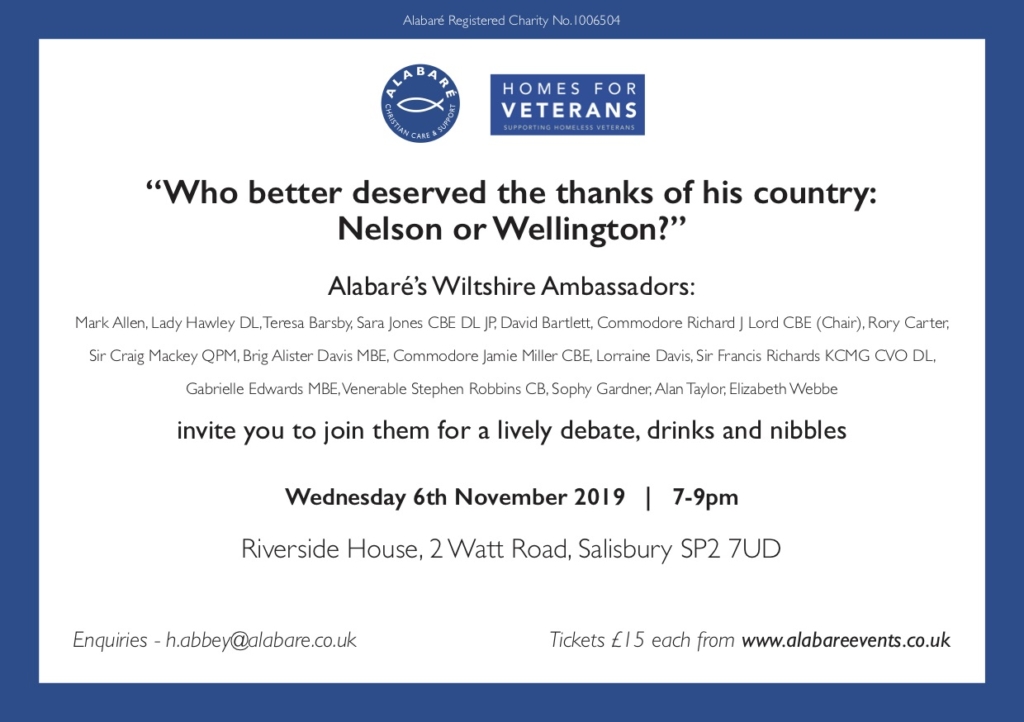 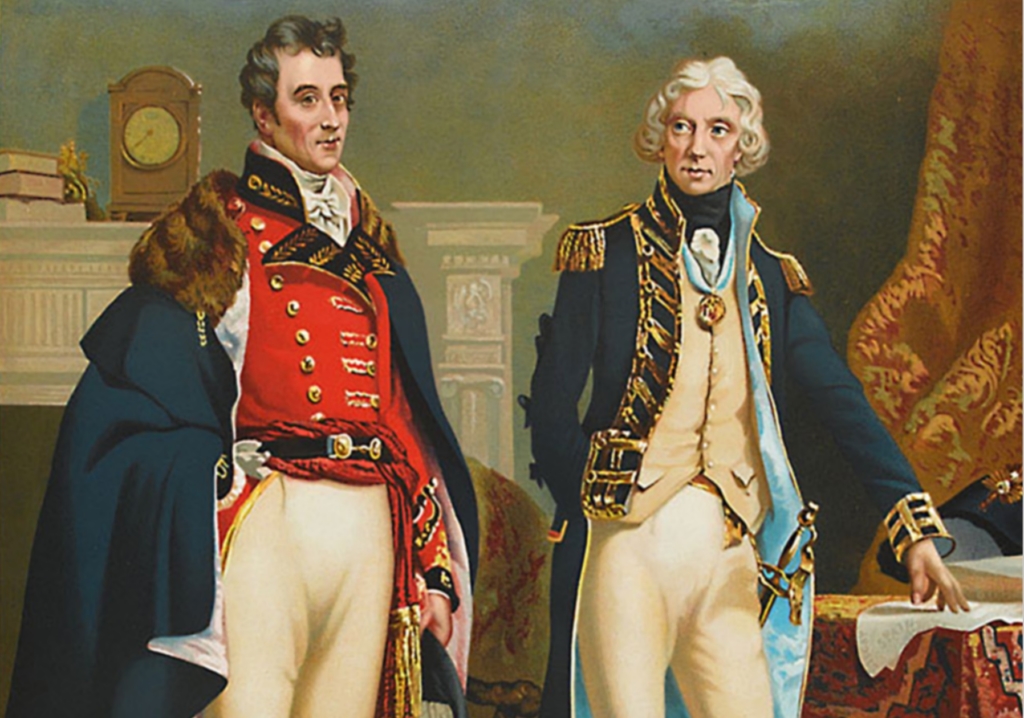 This event is not organised by The Nelson Society.