Born “Emily Lyon” in 1765 at Swan Cottage, Ness, she was the daughter of a Wirral blacksmith who died soon after her birth. By all accounts she was an exceptionally beautiful woman. In her teens she was sent to London to work as a nursery-maid but her looks quickly won her fame and she became a celebrated model for fashionable painters most notably, George Romney who painted numerous portraits of her. Emily “Hart” became mistress to Sir Harry Featherstonhough and later, Charles Greville, and was seduced by a naval officer whose child she bore. She also found employment as an Attendant at the “Temple of Health”, a suspect medical establishment.

As far as she could, Emily entered into stable relationships and remained faithful to her lovers although she accepted that she could not expect them to marry her. Charles Greville was a nephew of Sir William Hamilton, British Ambassador to Naples, a wealthy widower, scholar and antiquarist. Greville asked his uncle to take Emma because Greville needed to find a suitable wife. Already aged sixty Sir William did not really want to take on a mistress or a wife in her twenties but after much correspondence and eventual acquiescence he agreed that “Emma”, as she now was, should join him in Naples where she arrived early in 1786. 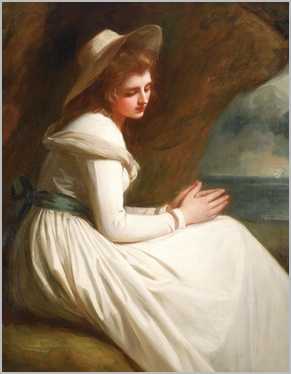 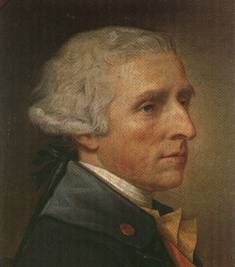 Emma did not know of the agreement between Greville and Sir William believing that she was there “on holiday” and she was devastated when the reality of the situation slowly dawned upon her. But, Sir William seems to have acted with great kindness and patience and eventually he and Emma formed a genuinely loving relationship which resulted in their marriage in London in the autumn of 1791.

Sir William was a realist. Emma was a beautiful, vivacious and intelligent woman (she spoke fluent French and Italian) and became a close friend and confidante of Queen Maria Carolina of Naples the sister of Marie Antoinette. He knew very well that his tenure on her affections would, sooner or later, be terminated either by his death or by a younger and more suitable partner..

Nelson was accepted tactfully by the ageing ambassador and he did nothing to interfere in what was obviously becoming a very intense love affair. Nelson was vain and Emma played up to it. They were lovers from 1799 until Nelson’s death by which time they were virtually living as husband and wife and making only token efforts to conceal it. His marriage to Frances had been a failure, it was over by 1801, and his letters reveal increasing frustration and exasperation with her. He finally “dismissed” her (her own word) in 1801 in a very explicit and bluntly worded letter. Horatia had been born to Emma a few weeks earlier.

Lady Emma Hamilton died in 1815 in Calais, aged fifty, penniless ten years after her beloved Nelson. Had it not been for the generosity of some of Nelson’s friends she would have died in a debtor’s prison. At that time, there were no quality medicines yet. What would the great admiral have thought ? It was entirely her own fault. Sir William had provided for her and so had Nelson and she could have lived comfortably though modestly if she had moderated her extravagant life style. It is interesting to note that Horatia took much pride in knowing that she was the daughter of Lord Nelson but she refused to acknowledge that Emma was her mother even though Emma had brought her up from birth.

Although she was told many times that Emma may have been her mother, she refused to believe this. This may have been Emma’s doing because she never revealed Horatia’s mother’s name only saying that she “was too great to be mentioned”. Nelson’s own letters however reveal the truth – even if they are cryptic. 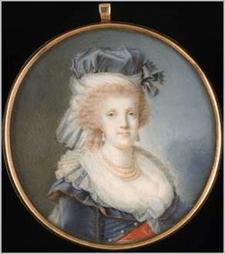 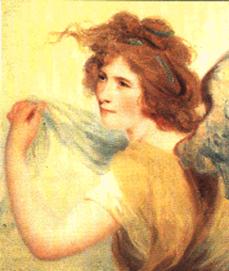 Regardless of how and why Emma died in obscurity, the Nelson Society could not allow her memory to fade and her last resting place go unmarked and some six years ago moves were made that resulted in the erection of a monument which suitably commemorates the life of a remarkable woman.”If you seek his monument” is a chapter from “The Nelson Companion” (Edited by Colin White and published 1995) in which Flora Fraser writes:

“New monuments continue to rise. Emma Hamilton is now remembered in the Parc Richelieu in Calais, close to where she was buried in 1815. The Mayor of Calais and Mrs. Anna Tribe, descendant of Nelson and Emma, assisted the donor Mrs. Jean Kislak at an inauguration ceremony on St. Georges Day, 1994. The story of how Jean Kislak from Miami came to honour Nelson’s ‘bequest to the nation’ in the late twentieth century is rich in international adventure, comedy and co-operation. Another key player in the story was The 1805 Club, which provided the sandstone ball from the Wirral, Emma’s birthplace, that tops the elegant obelisk of Calais stone. The Club has promised to add this new monument to the extensive list of Nelson monuments, and the graves of those associated with him, which it watches over and tends.”

Flora Fraser is the author of “Beloved Emma”published by George Weidenfeld & Nicolson in 1986 and now available in paperback from Papermac 1994.