For more detail Download ‘The Battle Of Trafalgar’ PDF 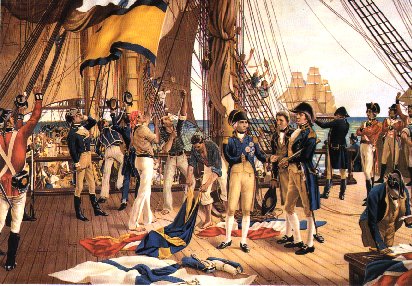 The Captains And Their Ships

Third in Command, followed Nelson in the Weather Column

The Battle of Trafalgar

Fought on the 21st. October 1805, effectively ended the war at sea.

Lord Nelson died at about 4.30pm. by which time he knew that he had achieved the overwhelming victory that he had planned so carefully.  Nelson had left nothing to chance.  The two-column, right-angled attack worked exactly as he had intended by splitting the enemy fleet into smaller groups that immediately fell prey to the guns of the British fleet.