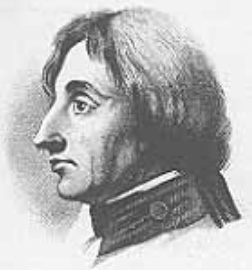 In the wake of the ‘Black Lives Matter’ (BLM) protests (June 2020) the issue as to whether Nelson was racist has again been raised. In consequence BLM have identified Nelson’s Column as a statue that should be looked at in light of Nelson’s perceived role in supporting the slave trade.  These concerns have mainly arisen from an article in the Guardian newspaper in 2017 that referred to Nelson as a ‘white supremacist’.  The article used a poor and provocative interpretation of events to serve a pre-determined narrative.  Indeed the article has gone against over 1,000 prior biographies of Nelson over a 200 year period, not one of which has ever accused Nelson of being pro-slavery, racist or even a white supremacist.  The Nelson Society is firmly of the view that there is no evidence at all to support the concerns of these allegations.

During Nelson’s time Britain was a colonial and imperial power and the slave trade was an integral part of the economic, political and social fabric of the period and it was within this context that Nelson operated. The slave trade existed both before Nelson was born and after he died. The Royal Navy was an important instrument of the state, helping to protect Britain’s interests at home and abroad. It was this service that Nelson joined at the age of 12.

For much of the time of Nelson’s service in the Royal Navy the country was at war with the colonial powers of France and Spain. Nelson’s over-riding ethos was service to his country – he used the words ‘duty or service’ (to his king and country) frequently. His famous signal at Trafalgar ‘England Expects… ’ exhorted his men to do their duty and his last words were ‘Thank God I have done my Duty’.

In light of the conflict with Spain and France the Royal Navy was charged with protecting British interests overseas. The West Indies were a significant contributor to the wealth of the nation (essential to the war effort) and Nelson would see it as his duty to protect those interests.

Nelson’s actions in no way support the notion that Nelson was overtly or privately racist or pro-slavery. There are many examples that support this notion and we highlight several below:

Much is made of a letter that Nelson penned in June 1805 to plantation owner Simon Taylor. The private letter to Taylor was published in 1807 by the anti-abolitionists, some eighteen months after Nelson’s death and therefore letter has been taken completely out of context.  Work undertaken by the Nelson Society clearly demonstrates that this letter was altered after Nelson’s death to suit the cause of the anti-abolitionists. (See the article ‘Nelson Letter a Forgery’ on this website). An examination of the letter shows the following: Nelson gives his support to the colonial system whilst also criticising Wilberforce and his allies.  Hence it is assumed Nelson supported the slave trade.  However the letter should be read in the context of the conflict Nelson was engaged in, and the state of the war at that point.  Nelson’s view can be understood as an expression of the necessity (in his view) to ensure Britain’s interests were not threatened or undermined.  In June 1805 when it was written Britain, at war with both France and Spain, was under imminent threat of invasion.  The survival of the country was reliant on Nelson catching up with Villeneuve’s fleet and at the point that the letter was penned Nelson was pursuing the French fleet across the Atlantic and back trying to bring them to battle.  Nelson was under huge pressure; therefore any proposal that might destabilise the national economy at this critical time had to be anathema to him (or to any commander charged with such responsibility).  With regards to his comments on Wilberforce Nelson was guilty of no more than relaying a commonly held view of the time that was tinged with suspicion of the sudden evangelism of the formerly dissolute Wilberforce.

Nelson’s victory at Trafalgar gave the Royal Navy control of the seas. After the abolition of slavery in Britain in 1807 the Navy vigorously applied the new law. The Navy captured over 1600 slave ships freeing some 150,000 slaves in the process. Had he lived Nelson would have seen it his duty to apply the law with his usual vigour.  Stripped down, Nelson was a sailor in the Royal Navy whose role simply was to defend the institutions of the state, not because he necessarily believed in them, but because it was his duty to do so.